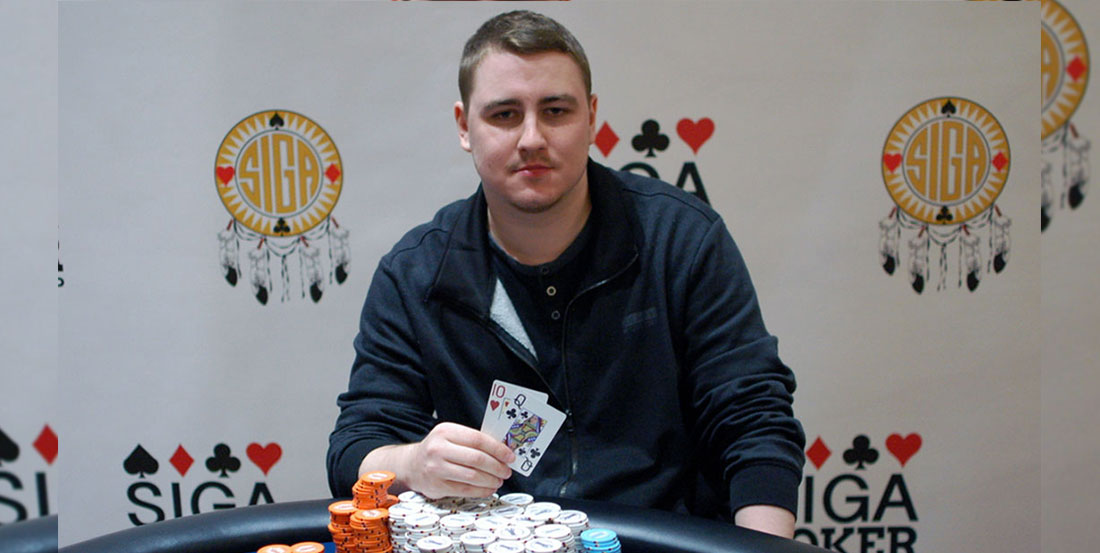 SIGA’s annual Poker Championship was held at the Dakota Dunes Casino (on Whitecap Dakota First Nation, near Saskatoon) October 5, 6 and 7. It proved to be a great Thanksgiving weekend for Lefebvre, who won the championship after he bested a field of 366 entries.

Lefebvre entered Day 2 of the tournament with the third largest chip stack. He played well during the day and at the final table was responsible for busting out six of the final 10 players making him the chip lead for most of the play. Reaching heads up, Lefebvre held a nine to one chip lead over runner up, Troy Nisbet from Rosetown. At the final hand, Nisbet went all in with a King high and was called by a lesser Queen high hand by Lefebvre. The flop came with a Queen on the river giving Lefebvre the winning pair of Queens and Championship title.

The $600+75 no-limit hold’em championship ran for three days and attracted players from neighbouring provinces and from all over Saskatchewan. The final table lasted just under four hours